The Michael Sherraden Lecture brings influential and original thinkers from around the world to showcase scholarship in social development research, policy and practice. Through the Michael Sherraden Lecture, scholars, policy makers, and thought leaders share their work with the UNC community and the wider public. The series reflects the interdisciplinary mission of the Global Social Development Innovations (GSDI) Center by bringing speakers from different professional and academic backgrounds who have expertise in addressing global social development challenges. The goals of the lecture series are to expose students and faculty to the notion that social, economic and health issues, and innovative solutions transcend national boundaries; and to broaden the role of the Carolina community in understanding and confronting local problems with a global mindset. GSDI is deeply committed to facilitating an “open space” of inquiry that promotes a broad and critical exchange of ideas, promotes full participation by all in a changing society and cultivates a deep concern for the welfare of others. 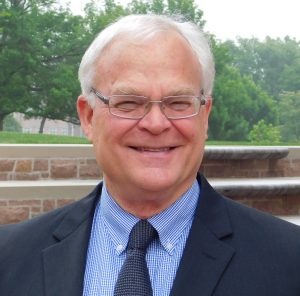 Michael Sherraden, PhD, is the George Warren Brown Distinguished University Professor and founding director of the Center for Social Development (CSD) at Washington University in St Louis. With colleagues at CSD, Sherraden conceives and tests social policy innovations. Sherraden’s research on civic service started with a dissertation on the Civilian Conservation Corps of the 1930s, and led to book publications in National Service (1982) and The Moral Equivalent of War? (1990). This work contributed to the creation of AmeriCorps in 1993 and he was at the White House for the signing of this legislation. Sherraden’s theoretical work and research on asset building—Assets and the Poor (1991), Inclusion in the American Dream (2005), Assets and Low Income Families (2008), and Asset Building Innovations and Strategies in Asia (2014)—has put a new policy concept “on the table”, informing inclusive and progressive asset building policies in a growing number of US cities and states. Sherraden has also advised on asset building policies in many countries in Asia, Latin America, Africa, and Europe. Through CSD, Sherraden supports bodies of work in other areas of social development, including race and social mobility, inclusive housing, decarceration, and environment and social justice. He has been very committed to the training of future scholars, and in this regard he is enormously proud of Dr. Gina Chowa, founding director of UNC’s Global Social Development Innovations Center. Among other awards, Sherraden has been a Fulbright Scholar at National University of Singapore, holds an honorary PhD from Hebrew University in Jerusalem, and was named by Time Magazine as one of the 100 most influential people in the world.